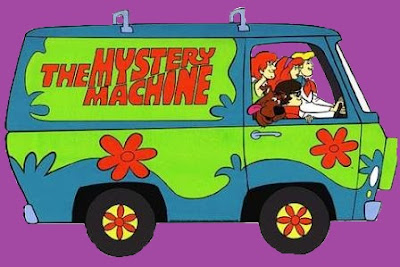 Now that are all very familiar with 2012 Topps, I figured this would be a great time to try and solve one of the mysteries from 2011 Topps.  Okay so it's not a great time, but I didn't have a scanner when this was topical.  The reigning blog of the year pointed out this particular mystery out in one of the many posts that earned him the title.  I left a couple of comments there explaining my thoughts, but then I realized that I had my own blog and I could point that out here several months later (to about a tenth of the readers of his site).

The mystery in question is that of the double appearance of now former Rockies pitcher Jason Hammel in 2011 Topps Series 2.  Obviously as a Rockies collector I noticed this early on, but couldn't really explain it.  Now, I believe I have the solution.  Walk along with me down the journey into the abyss, i.e. the minds of Topps quality control.

Hammel makes an appearance in the 2011 Rockies Topps packaged team set with only the card above.  The checklist for the team set is numbered in the same chronological order that the cards appear in the main set with Hammel in the final slot suggest to me that card #642 was supposed to be the only Jason Hammel card in the flagship set.  So which card is in the team set slot that #338 should have occupied?

Ty Wigginton in a god-awful Photoshop job.  There are Orioles in the dugout behind him and the uniform just looks strange.  This is one of the worst airbrushed/Photoshopped since the heyday of the 80s.

Wigginton also appeared in Series 1 as an Oriole, so I can sort of see why Topps decided to not include him in Series 2 as a Rockie.  Instead they waited for Update as shown above in a much better photo.  I am very happy with their waiting for Update since that is where traded players belong, in my opinion.

Using a different photo in the packaged team set than in the main set is not that uncommon, at least for the 2011 Rockies version.  Two other Series 2 players, Ryan Spilborghs and Jorge de la Rosa, had different photos on the team set cards.  (The team set cards are on the right).  Both of these, in my opinion, were good switches.  All of the Series 1 cards are the same, which makes sense because the team sets come out between Series 1 and 2.

Still, this does not explain (or excuse) Hammel's two appearances.  That is the reason for the word partially in the title.  My best guess is sloppiness in trying to quickly resolve the Wiggy error/bad photo or the fact that Hammel was just so dominant that he needed to be on two different cards.  Well, I watched Hammel pitch enough to know that the explanation is not the latter, so it must have just been poor quality control or the worse thought that they simply didn't care.


As a fan and collector of a team that is usually ignored by Topps, this type of thing is incredibly frustrating.  There were several Rockies that didn't appear in any of the three series that COULD have taken that second slot, such as Matt Belisle (76 games pitched in 2010), Rafael Betancourt (72 games pitched), Jonathan Herrera (76 games played), or perhaps a rookie such as Chris Nelson (17 games played, 1st round pedigree).  Even Jeff Francis, who did appear in Update as a Royal, could have taken the spot after starting 19 games in 2010 for the Rox.  But, Topps again just thumbed their nose at the lowly Rockies.  Could you imagine one player appearing in nearly half of Yankees, Red Sox, or Braves games and not getting a card, let alone three guys?  But that's okay, even though I do feel a bit like I am suffering from "battered collector's syndrome."  No matter how much Topps beats my team down, I am still buying.


Do you think I solved the mystery or am I completely wrong?  Does anyone have a better explanation?  Should I perhaps take a nap before writing to sooth my crankiness?  So many questions, even if it they are about six months too late.
Posted by hiflew at 12:53 PM

Email ThisBlogThis!Share to TwitterShare to FacebookShare to Pinterest
Labels: Being Late to the Party, Great Card Mysteries, Quality Control Issues

for one, anything to do with Scooby gets my attention. Good job on the Mystery Machine.

and two, I can't believe anyone is trying to figure out why Topps does what it does. That could lead to a head explosion.

Scooby Doo and referring to my blog? You've got my attention, too.

I don't have any better explanation than you have -- I think you're probably on to the reason.

The thing is, Topps has had duplicate cards of a player without a good explanation (i.e. that one has a rookie cup, that one doesn't; that one is a checklist, that one isn't) for at least five years now. Maybe they're just trying to keep the tradition of baffling moves alive.

Topps, the wildly unpredictable wacky company we all know and love!