Welcome back to the Rockie Trading Post.  Today's special guest is Scott from Smed's Baseball Card Blog.  If you haven't met Scott yet, he is an avid base set collector and as you will soon see an excellent trader.  I sent him approximately 250 cards from the overproduction era to fill his sets and I got back a LOT more than expected.  So much in fact, this will be the first two part episode of TRTP.  Let's get started with the highlights.

Leading off, is an auto of Justin Hampson from 2006 (?) Upper Deck.  A fine card that is my first non-sticker auto in my Rockies collection.  Next up is some prospect card numbered 220/500.  Man, I can't stand all of these prospect cards of guys that never make the majors.  What?  Who?  Wow, that's Troy Tulowitzki.  OK, enough "comedy."  This card is from 2007 Upper Deck Future Stars.

Next up is a trio of 2007 Topps Gold parallels.  Jorge Julio is probably most remembered for his stint in the mid 2000s as the closer for the Orioles.  Zach McClellan didn't last long in Colorado and is currently pitching in the indies for the Gary SouthShore RailCats (gotta be an independent team with that many unnecessary capital letters.  Lastly, we have our man Tulo again. 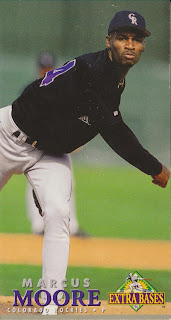 First up is probably the most personally disappointing Rockies prospects ever.  I had such high hopes for Reyes, but he couldn't deliver in two different stints in the majors.  Next, is a 1994 Fleer Extra Bases Marcus Moore.  The card is shown at approximately actual size.  Do they make pages for cards this big?  Finally, we have a 2002 Topps Chrome Pete Harnisch.  I didn't remember Harnisch playing for the Rockies, and it turns out I am not senile or an idiot (at least not for this reason).  He never did play for Colorado.  He signed with them in the 2002 offseason and retired before the season began.

Out of all the cards I received, you may ask why I am featuring a 1996 Topps Jason Bates.  Why thank you for asking.  This is the first card that I had on the MCG website that I have in hand (Well the first that I didn't already have).  I ended up trading it away for one of the two cards I actually got shipped that will be featured when they arrive.  The other card is a 2002 Donruss Originals Update Aaron Cook rookie card.  The 1984 Donruss set was THE set to have when I started collecting in the mid 1980s, but I never really saw the appeal of it.  I always preferred the 87 set.

Up next is a 1997 Topps Gallery Eric Young.  I like this set and it is yet another card of EY on the basepaths.  I'm sure there are cards of him batting or fielding, but the only ones I think of are him running.  Our Todd Helton card of the day is a 1999 Finest Sensations subset.  Now the question is to peel or not to peel.

Wrapping up part one of this trade is a 2001 Fleer Futures Juan Pierre (rookie?).  Doesn't it seem like Juan Pierre has been around forever?  Like his rookie card should be like 1992 or something.  Maybe it's just me but it seems like he has been around longer than ten years.  Finally we have a card from the much maligned 2008 Upper Deck Documentary set.  I have 5 cards from this set now and not one of them is of a game the Rockies won. 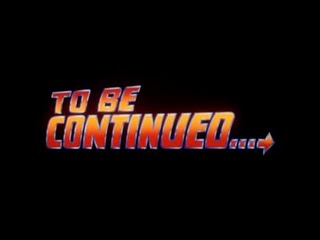