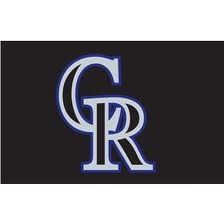 One of the things I did during my few months away from blogging was a complete inventory of my Rockies cards which I had never really had grasp on how to store and display.  Some of you may know, but I am relatively new to the team collecting game.  I mentioned in one of my first blog posts that I never really had THE team growing up, so I was mostly just a set collector.  Even when I reentered the hobby I stuck to set collecting for a while.  Then I finally decided to pick a lane as it were and become a Rockies collector since they had been one of my favorite teams since 1993 and my overall favorite since 1994.

Anyway onto the point of this post, which is my particular way of storing my team.  The first choice was boxes or albums and that to me was a no brainer.  Gotta be albums.

In my mind I had two options after that, by set or by player.  Storing by set would be the easier option and would be fairly attractive in pages, but I decided to go the more time consuming route of arranging by player.  I like it better because if I am curious if I have a player's rookie card I know immediately because it is on page 1 rather than having to search through set after set to make sure I didn't forget an earlier appearance.  Additionally, I think it further moves me away from set collecting and toward being a team collector.

In around 60 or hours, I transformed my hodgepodge of boxes into a collection of alphabetized, chronological Rockies.  When putting the players into pages I first separated all the players of which I had more than 9 cards and paged them up.  That was easy, but then I had to figure out a cutoff point.  I didn't have enough pages to give each player their own page, nor did I want to cram them all together on a page.  I decided to make the cutoff point 3 meaning if I had 4 cards of a player they would be on a page by themselves.  With the three of fewer players, I went alphabetically and went three players to a page.  Whether I had 1, 2, or 3 cards, that player would be on a "page line."  The next question I had was whether to separate "non-Rockies," (they appeared on a Rockies card, but never in a game).  I decided yes they should be separate, because they aren't true Rockies.  The final problem was multi-player cards.  With those, if there was one Rockie among the group it went with the regular player cards.  If there were two or more, they went to a team section at the end.


For those of you that have hung around reading this drivel for this long, here are a couple of rewards. 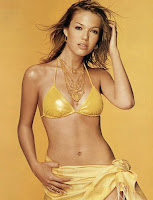 There now wasn't that worth the wait.

My question for you other team collectors is:  How do you store your team's cards?
Posted by hiflew at 5:20 PM

Binders.
I have complete team sets of Topps from '74-'11 in three binders.
Upper Deck gets another two binders. Donruss another, Score another, Misc in another.
Chipper Jones in three binders. Smoltz in one, Maddux in one, Glavine in one, and McCann in one.
Adam LaRoche in two binders.
Everybody else in boxes. Guys like Lopez, Lemke, Sheffield, Gant etc...

I store mine in binders, by sets. The sets are arranged by years, with the players in alphabetical order.

I've got over 9,600 Cubs that all fit nicely on a single shelf. More about my system here

I use binders and boxes and I sort by team set. I put all my Red Sox team sets that are remotely close to being completed in binders. I have about 15 binders so far. All the rest go in a monster box sorted alphabetically by year. I need to get more binders and pages though because my 5000 ct box has become a 5000 ct box and one of those two row shoe boxes.

Binders
By year and product. But my collection is still under 2000 cards and I've been debating on other ways of putting them in. I've thought about alphabetical by player name but wasn't sure how well it would work out. That is until I read your post. I'll have to see other responses to your post and see what I like best.

All of my Indian cards are sorted by year, then alphabetically, by set and player. I have Jim Thome Indian cards in two binders.Joe Charboneau and Steve Olin have their own binders. 1922-87 cards are in one large binder.1988-1997 are in 2" binders,two years per binder. 1998-2011 are in 2" binders,one year per binder.Some of the two-year binders are getting tight and are about to get separated. I search Goodwill and other thrift stores for binders.Usually pay $.50-1.29.
Right now I have 25 binders and about 11,ooo cards.

By brand, by year, in binders, numerical order by set.

glad you asked this, since im starting to do this myself. of course its binders. players who have enough cards get thier pages, but im also organizing by themes, like dodger sluggers through the years, or catchers, closers and starters. that way i get a history of my team.

Right now my Rangers are in boxes. When I get the money, I'm going to start buying binders (I'd prefer to buy them all at once so they all look alike) and pages. I had to go back and read the article because I got distracted as I scrolled down.

I got a huge lot of binders on craigslist. It was a lawyers office that was closing and they had tons of binders. everything from 2" to 6" binders. I bought mostly 6" ones for $3 a piece and 3" ones for like $1 each. My pages I bought a used lot on ebay. I bought them at two different times. Most of he pages were like new and way cheaper than buying new. I would guess that at least 90% looked like they were never used and the other 10% I gave to my kids. (don't buy from a guy in Oregan though I got screweed on that deal, his advertised Ultra Pro pages were Ultra Pro but they were the old old stuff that destroys your cards that they quit making 20 years ago)

I do my Rockies cards in a binder by position, making sure there is at least one of each guy in the binder, then the leftovers in a box alphabetically. Guys that never played with the team but got a card don't go in the binder unless its a good player like Jake Westbrook.

Sorry, you lost me when I saw that pic of Jessica Biel. At least you put it at the end of the paragraph!

I'm having the same debate with my Braves collection. Right now I'm trying to get my stuff better organized starting w/ my various PCs. I want them in binders before the cards of "my team".