Why the Rockies? Fashion Obviously!!!

One of my biggest problems in my youth was a clear (or even a fuzzy) focus to my collection.  I had no direction other than set building.  I didn't have a favorite team, only teams I knew I didn't like...I'm looking at you Dodgers.  I knew I preferred the National League style of play and I occasionally liked the Cardinals, Reds, Pirates, Braves.  Basically, as long as you were a National Leaguer and not wearing the uniform of the Giants, Mets, or Dodgers...I sorta liked you.

Then came 1993 and the new Marlins and Rockies franchises.  While they weren't the first new baseball teams in my lifetime, they were the first that I really knew of.  I was around six months old when the Mariners and Blue Jays got their starts.  I liked both teams mostly because of colors, teal and purple.  Not that I particularly liked either of those colors, they were different than everyone else.  My favorite cards in my first set 1986 Topps were Oakland A's because they were the only team with green team letters.

After a couple of years, it seemed liked every team had a teal uniform.

So I backed off the Marlins and suddenly the Rockies were my new favorite team.  Now regarding the headline, I am about the least fashion conscious person on Earth.


I do like being different.  Purple team colors were different than everything else in baseball at the time, so I gravitated toward it.  Of course, once I started regularly watching the team the Blake Street Bombers won me over.  But it all started with The Color Purple. 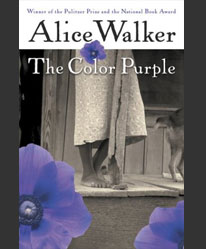 Email ThisBlogThis!Share to TwitterShare to FacebookShare to Pinterest
Labels: About Me, cool uniforms, Rockies

Just saw your comment on my Zodiac post - welcome to the blog world! Rockies collectors are rare around these parts (you're the second I've seen ever), so you'll definitely find trades if that's what you're looking for!

Also, good taste in McGriff (even if yours is on hold). I collect him as does Carl Crawford Cards, both to different extremes. He has so many cards though, so there's plenty to go around!

Thanks for the welcome. I have been a blog reader for a while and saw there was little to no Rockies coverage. So I started one.

McGriff is my favorite player of all time without a doubt. I will have a post in the future explaining what the on hold means.