Prelude to the 2013 Quarry Unlimited Set

It's that time of year again when they stop playing baseball and for some strange reason people throw a round orange ball into a hoop or ice skate while holding sticks.  Needless to say, I am going to miss baseball.  Last year, I came up with an interesting diversion for the long period of time between the end of the World Series and the beginning of Spring Training.  That diversion was the custom virtual card set that I called the 2012 Quarry Unlimited set.  It turned out to be quite successful and fun for me, so I decided to do a sequel.  I have decided to name that sequel the 2013 Quarry Unlimited set.  Yes I am THAT creative.

I also redesigned the header that I will be using for this year's set.  The 2012 Unlimited header was cool, but it also had the year in it, so I needed a re-design.  I decided that the font should be based on one of my two favorite movies from 1977, the year the set is based on.  There were two very awesome science fiction movies released that year and I based the design on my favorite of those two.  I didn't choose Star Wars, like most of you may thinking.  I picked the better one. 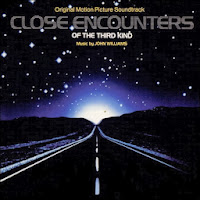 it will lead off every 2013 Quarry Unlimited post until I am finished some time around the release of 2014 Topps.

2012 Unlimited was based solely on the 1986 Topps set with a few minor color changes that fit more into the modern look of teams.  2013 Topps will be based on another of my favorite sets, 1977 Topps.  With this design I have stayed more true to form with the original color scheme.  Only three teams will have any type of color changes (excluding the Nats/Expos, I eliminated the Expos scheme and used the Nats like an expansion team), but I will go into the changes in just a bit.

As far as the actual design of the main set, I wasn't sure whether I wanted to go with an exact copy of the 77 set or to put a couple of improvements into the set.  One I was sure of and that would be the elimination of the facsimile signature.  The rest I was unsure of so I did a quick email poll with a couple of highly respected fellow bloggers and gave them three templates with a choice of three designs.  The first is an exact copy of the 77 design, the second is the same with a colored border instead of a white one, the third featured a larger photo with no border.

In a unanimous vote among the polled bloggers and myself, one of these designs stood out above the others.

The colored inner border was just so much better than both the original and the larger photo so it is the design you will be seeing for the next two months or so.  I hope you 70s purists can accept the change as an improvement on the original and not an example of blasphemy.

Before researching the colors for this set I had never noticed the special color schemes for the 77 Topps set.  There were 8 different colors used for team names, 5 different colors used for player names, and 6 different colors for the position flags.  In the original set, many complete combinations were shared by both an AL team and an NL team, the Royals and Mets for example.  In total there were 9 color combinations that were shared and another 5 were solos.  Counting the Nationals, there were 5 expansion teams so I randomly assigned them to a solo color scheme without concern for team color much like the rest of 1977.  This was an especially good year to do this color scheme since this was the first year since 1998 that the American and National Leagues had an identical number of teams.

I mentioned earlier that I changed 3 teams.  The first two were simple, the Astros and the Brewers.  I would have kept them the same if they didn't have a partner, but the Astros had the same color design as the Indians and since they are both AL clubs now, I just simply swapped the Astros and the Brewers colors since they switched leagues.  The third team with a change was the Dodgers.  After laying out all of the colors, I had 16 different color schemes and only needed 15.  I combined the Dodgers and Rangers under the Rangers color scheme because the yellow/black/red Dodgers colors was too similar to the Pirates yellow/black/green.  The Dodgers were also the only team with red flags and changing it meant that was one less set of flags for me to make.  They still ended up looking very good though.

1977 Topps had a few really cool subsets and I have successfully stolen them and applied them to the 2013 Unlimited set as well.  I am not going to show them off just yet because I want to leave a little bit of a surprise for the future.  What I will do is list the subsets that I have made for this season.

The only I will giveaway is that the team cards will only match one actual 1977 Topps card, the Toronto Blue Jays.  All of the other team cards were posed bleacher team photos and I obviously did not have access to that type of picture.  Plus the Blue Jays card was so much better in my opinion.  Take a look.

I created a couple of fonts based on this card and made some really good looking team cards, but I'll let you guys judge that for yourselves.

I'll start with the subsets on Monday and then start with teams the following week leaving Sundays for other blog topics.  Now that I have figured out that .png photos are better than .jpg photos, this year's set will have a much crisper color and be less susceptible to color bleeding.  Hopefully this attempt at a card set sequel will be more of an Empire Strikes Back and less of The Matrix Reloaded.  I like it much better, but I'll leave the choice up to you guys.

Thanx for reading.
Posted by hiflew at 10:59 AM

Looking forward to seeing some more of this year's set!

I'm glad to see that I'm not the only one who makes customs and thinks of things like "We can't have two teams in the same league with the same colors..."

I didn't know that about the .png files, although I will say I've not been happy with some of my JPEGs. I'll have to give png's a try.

I like what I see of your set so far, looking forward to more!