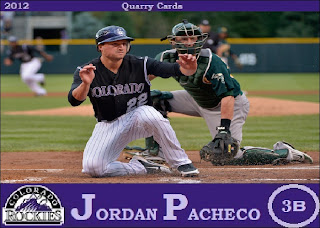 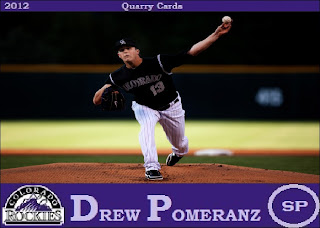 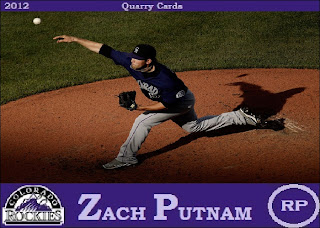 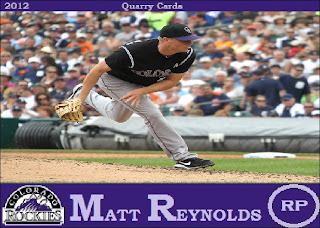 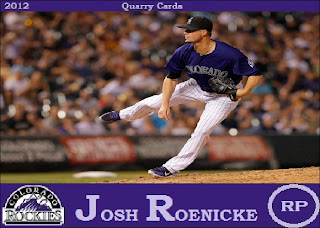 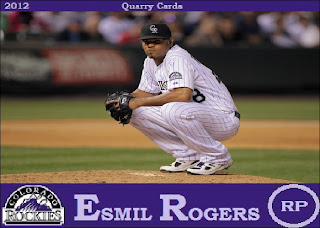 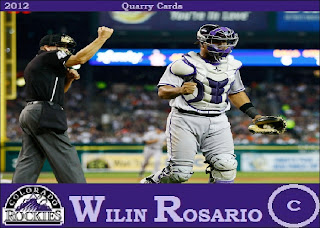 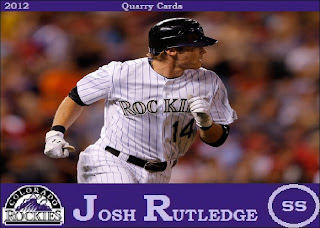 This grouping is filled with a good chunk of the future of the Rockies organization, for better or worse, along with a pair of veteran relievers.  Let's start the analysis with the relievers.  Josh Roenicke was a very pleasant surprise in 2012 as one of the main "piggy-back" relievers.  Matt Reynolds had a very strange year.  He didn't pitch badly, but from the end of May to the beginning of August, the Rockies went 1-45 in games in which Reynolds pitched.  Reynolds only gave up runs in 7 of those games, so that stat is just weird.  The two best rookies of the year for Colorado were Pacheco and Rosario.  They were really good offensively, but defensively it was a struggle to say the least.  I am giving Rosario the nickname "and J" because you rarely saw his name without PB in front of it.  Rutledge was serviceable for the injured Troy Tulowitzki, although it was probably a year too early for him.  Pomeranz was an enigma in that he had the second best ERA for a Colorado starter, but he went 2-9.  It was just that kind of season.

Picture-wise, this group is rather ho-hum with two exceptions.  The Rosario is great and I am always a sucker for a picture of a catcher in full gear.  I think the umpire add a lot to that pic as well.  My favorite of this group is Pacheco.  That photo has so much in its favor.  The play at the plate, the eyes of both men looking for the call, the elephant patch on the catcher's sleeve, and the runner on second (Fowler I think) sneakily taking third.


Your favorite here?  I will be putting a bow on this year's set tomorrow night.

Nice set so far! I can totally use a copy of the Putnam if you make one :-)

Rosario and Pacheco are going to be key when a healthy Tulo comes back adding Dexter, Cargo, and FINGERS CROSSED a healthy Helton.