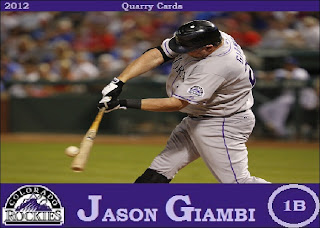 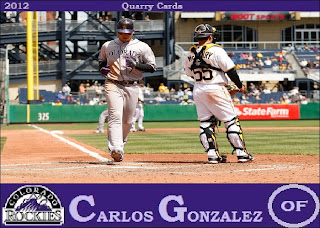 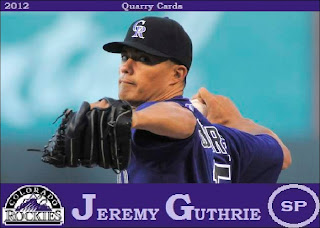 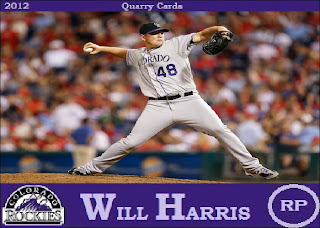 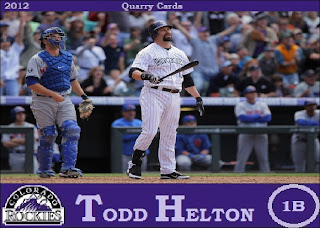 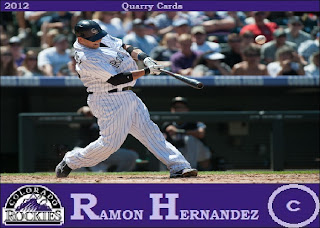 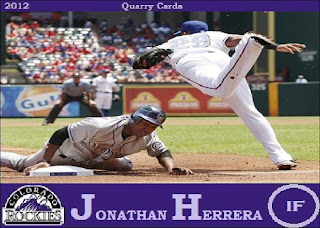 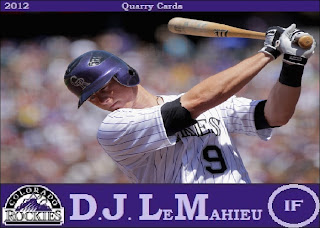 This group could easily be called CarGo and the Disappointments, because aside from Carlos Gonzalez (and D.J. LeMahieu to an extent) everyone here had a 2012 that was disappointing at best.  At the head of the disappointment list are 2 of the 3 horrible offseason acquisitions by the Rockies, Jeremy Guthrie and Ramon Hernandez.  Guthrie, now a former Rockie, is a good guy but was a horrible fit with the Rox.  Coupled with the fact that Colorado traded 50% of Baltimore's playoff rotation to get him (in effect once Matt Lindstrom was flipped for Joe Saunders), it was one of the biggest disasters in team history.  Honestly, Hernandez wasn't much better.  Brought in as a mentor for young Wilin Rosario, Hernandez ended up being hurt and/or extremely ineffective.  The pair of veteran first basemen, Giambi and Helton, also had rough injury-plagued years.  It could be the end of the line for both of them, but I hope Helton will have a farewell tour in 2013.


As far as photography, there are some epic pics here.  The Todd Helton is a great moment-in-time shot that shows his pinch-hit grand slam against the Mets.  I really like the Carlos Gonzalez photo as well, but as good as that one is, there is going to an even better one co-starring Pirates catcher Michael McKenry later.  The Jonathan Herrera would have to be my favorite of this grouping though.  The colorful background, the look on his face, and of course the flying third baseman combine to create a very memorable photo.


How is this group?  Are you bored to tears yet?  Hopefully not, because I am only halfway through.
Posted by hiflew at 6:17 PM