This week I will Rating the Rookie Cups of the 1979 Topps All Star Rookie Team as they appeared on 1980 Topps.  This will be the first team that I have rated that does not have rookie cups on the card.  For reasons only known to Topps, the 1979-1986 sets (along with 1974) did not have any type of trophy on the Rookie All Star Team cards.  However, they still picked the teams so I still consider them rookie cup cards.
This is also one of the most poorly chosen teams ever, in my opinion, but I'll get into that later in the post.

Once again ratings will be on a 1-10 scale for both rookie year and career. 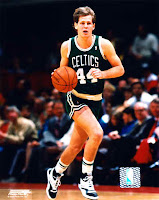 Rockies on the team (Present and future) - 0


Overall Team Rating (1-10 compared to other RAST teams)    1
When Alfredo Griffin is your top star by a pretty good margin, it's not necessarily the best thing.  This is arguably one of the weakest Rookie All Star Teams in history, both in their rookie years and overall careers.  A few of these guys had decent careers, but I don't think any of them would ever really be considered superstars.  Mostly this team is full of platoon players, at best.

Here are the players I feel should have been on this Rookie All Star Team.  This is based on rookie year data only.

Catcher - Ron Hassey - Cleveland
This was a relatively weak class of catchers, that included Hassey, Nicosia, Gary Allanson, and Bruce Benedict.  However, none of them played much more than a half season.  Hassey did lead the group in both hits and RBIs and tied Nicosia for homers, so he gets my nod.

First Baseman - Willie Aikens - California
There were only two rookie first basemen in the entire league in 1979 and I think Topps picked the wrong one.  Although drugs destroyed his career, I think Aikens had a better 1979 than Putnam.

Second Baseman - Ken Oberkfell - St. Louis
I have no idea what Topps was thinking in picking Ainge.  Not only did he not get a card, but he wasn't even in the top three of rookie 2nd basemen.  Oberkfell is best remembered as a 3rd baseman later in his career, but he started at second and had a much better year than Ainge.

Third Baseman - John Castino - Minnesota
This was a tough choice between Co-AL Rookie of the Year Castino and Jim Morrison of the White Sox.  Their stats were similar, but Morrison only played a half season.  That means a better per game average for Morrison, but I went with the guy that was there for the entire season instead.

Shortstop - Alfredo Griffin - Toronto
This choice was a no brainer.  Griffin was also the Co-AL Rookie of the Year and his only competition was Nelson Norman of the Rangers who was less than stellar to say the least.

Outfield - Billy Sample - Texas, Jeff Leonard - Houston, Dwayne Murphy - Oakland
Dwayne Murphy led all rookie outfielders in homers, so I have no idea why Topps chose Thompson over him.  Another contender that I (and Topps) left off was Hall of Famer Rickey Henderson, but his rookie year was not really noteworthy and not nearly as good as the other three.

RHP - Rick Sutcliffe - Los Angeles
Out of all the snubs and bad decisions on this team, this one is the biggest.  Rick Sutcliffe won the NL Rookie of the Year and won 17 games for the Dodgers.  Clear had a decent year, but it wasn't even comparable to Sutcliffe.  I also considered John Fulgham of the Cardinals who career was ended by a rotator cuff injury, but had a great rookie year.

LHP - Ross Baumgarten - Chicago (AL)
Baumgarten's career did not turn out like many expected, but he definitely had a career year in 1979 and was better than his closest competition, teammate Steve Trout.

Last week's question
Which two players selected for the Topps All Star Team (for all seasons) did not get a card in the set that should have featured their cup card?

I have no idea why Ainge was left out of 1980 Topps, unless it was due to his college basketball career at BYU at the time.  He first appeared on a Topps card in the 1981 Traded set.

Johnson's first Topps cards were actually in the 1991 and 1992 Topps Traded sets as a member of USA Baseball, but he didn't get his first professional Topps card until 1999 Topps.  I am guessing that he just didn't sign with Topps, because he had a LOT of other cards in 1996.

What are the four franchises that have had the most total members of the Topps All Star Rookie Team?

Answer to appear next week, but feel free to guess in the comments.  (Hint: 2 AL teams and 2 NL teams)

Thanx for reading.
Posted by hiflew at 5:35 PM

Email ThisBlogThis!Share to TwitterShare to FacebookShare to Pinterest
Labels: Rating the Rookie Cups