I have been a bit neglectful of this blog since I returned from my sabbatical of working on the 2014 Quarry Unlimited set.  Well, it's probably been worse than "a bit neglectful," but I will try and do better from here on out.  I'll start today.


The number 10,000 has a somewhat interesting balance between being a cool milestone and being greatly underused by most people.  In fact there are only two uses in popular culture of 10,000 that spring to my mind and only one of them is worth a damn. 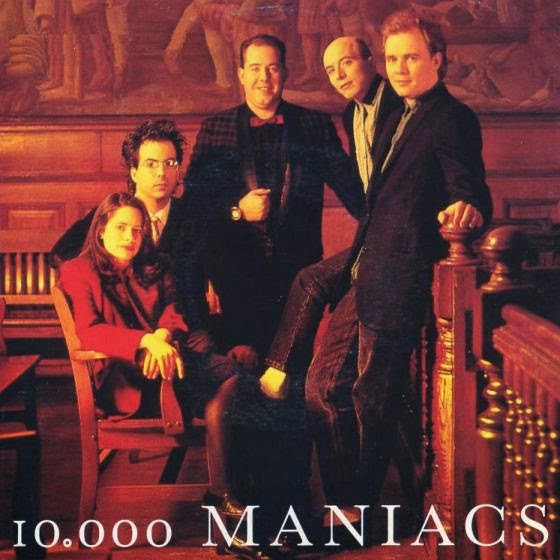 For just about anyone that grew up in the 1980's, the first thing that comes to mind with the number 10,000 is the fantastic alternative rock band 10,000 Maniacs.  In the back of my mind, I still have my early teenage crush on Natalie Merchant.  Even though the name hung around, in my mind this band ceased to exist when she left the group in the mid 90's.

The only other instance of the number 10,000 coming up in popular culture is the 2008 movie 10,000 BC.  This was one of those special effects movies that people tend to forget 5 minutes after it is over.  For me, it had more of a lasting impact.  It came out during my senior year in college where I was an anthropology major.  Needless to say, this movie and some of its more historically inaccurate moments were discussed ad naseum.  In case you are curious, the Pyramids of Egypt were not actually built by teams of wooly mammoths.


The reason I am discussing the number 10,000 is because as part of my Mountains to Climb in 2014, I have been working toward that number in my collection.  Before the mail arrived yesterday, I had exactly 9,999 Rockies in my collection.  Yes it did drive me crazy to finish on that number the day before, but I knew I had another package or two coming so it wasn't TOO horrible.  It turns out that I received four packages yesterday, a total of 15 Rockies from two small Sportlots purchases and two small eBay purchases.  I randomly selected one of the packages and the first card that I saw in that package would be #10,000 in my collection.

It could have been this 1993 Stadium Club First Day Issue Calvin Jones.  It would have been a little weird if my 10,000th Rockie ended up being from their first year of cards.  Not to mention the fact that he never even played a single game for the Rockies (or any other major league team) after being picked in the expansion draft.

It could have been this 1998 Topps/Opening Day Todd Helton.  It probably would have been fitting if my 10,000 Rockie was a Todd Helton, but alas it was not.  This particular Helton is from his "pre-rookie year" which showcased his 1997 September call up to the majors.  The odd thing is that this silver Opening Day parallel looks a LOT better than the gold flagship 1998 Topps set.

It could have been this 2008 Topps/Heritage Willy Taveras short print.  Many of you have probably never seen this card because it is one of those extremely hard to track down short prints from 2008 Heritage.  Counting the green/black back SPs and the High Numbers series, that set was about 50% short-printed and I congratulate anyone that has even come close to finishing it.  I am still three cards away from the Rockies TEAM set.  I am glad this was not #10,000 mainly due to the frustration factor.

It could have been this 2013 Topps/Allen and Ginter Wilin Rosario framed mini relic.  There were three Rockies (Dexter Fowler and Jhoulys Chacin were the others) that got a framed mini relic in 2013 A&G and coincidentally I received all 3 of them on the same day in three separate packages.  While I do collect them, relics are not a huge part of my collection so it would have felt strange for #10,000 to be a relic.

This is a 2000 Finest Ballpark Bounties Larry Walker insert.  It may not show up well in the scan, but this card is absolutely beautiful.  The large baseball in the background has a mirror finish while the rest of the card is chrome-plated.  I recommend that you track one or more of these cards down because they really add something to a collection.  It added a fifth digit to mine.

Email ThisBlogThis!Share to TwitterShare to FacebookShare to Pinterest
Labels: Milestones, Mountains to Climb

That's one hell of a Rockies collection. Congrats on 10,000!

Congrats on number 10,000! Great card for the milestone too.