Hey guys.  I missed my regular Sunday appointment here due to basic sluggishness.  But while I didn't really have the energy to type out a post, my brain was still working on an idea that I figured I would try to get feedback on.  This idea actually goes back a long time to a swap between myself and Tom from the recently retired (hopefully not permanently) blog The Angels in Order.  He sent me a 1000 count long box full of glorious randomness that I fully enjoyed sifting through.  It was one of the better trades I have had and to be honest I don't even remember all the cards I ended up keeping.  But I do remember the enjoyment of going through random cards.  Which brings me to my idea. 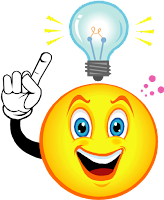 For some reason I was sitting in my recliner and remembered being 16 years old and falling for an old school snail mail chain letter scam.  For those of you that have no idea what that is, it was basically a pyramid scheme where you sent $1 to six names on a list and then sent 200 copies of the chain letter to new people with your name added to the bottom of the list with the #1 name removed and everyone else bumped up.  At the time, I thought it was a can't miss way of making money.  Oh how sad I was.  In reality, the only people that made any money was the company that I bought the 200 names and addresses from for like $50 and the Post Office.  I mailed all 200 letters including the stamps which set me back another $25 or so.  In short, I never received even a single dollar bill in the mail.  I don't regret doing it.  In all it was about a $100 investment that taught me a lot about swindles and legal con men.  That lesson was worth $100. 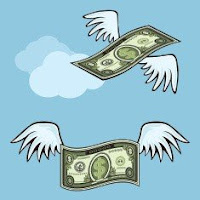 The reason I told those two stories was that they inspired me to a trade idea.  I call it Chain Mail.  The idea is to get a list of six willing participants along with one flat rate box and fill it with cards that don't fit into my collection.  Then I would send however many cards I can safely fit into that box (preferably in smaller boxes to prevent damage) to the first name on the list.  That person would look through the cards, hopefully have a lot of fun, and take whatever he or she wants.  Then that person would replace all the cards they took with cards from their own trade box and ship to the #2 name on the list.  Then that person would repeat the process.  Then the 3rd person, then 4th, all the way to the last person on the list.  The last person on the list would also take what they wanted and refill the box from their trade stuff and ship it back to the original mailer.  My thought is that six people (counting the original mailer) would be the perfect number because it would probably take about six weeks from start to finish. From there I now have questions. 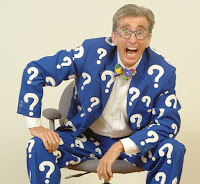 I realize it would take a lot of trust in the rest of the people on the list, especially for the original mailer.  This is why I would suggest not sending anything other than cards you wouldn't really miss. But I have faith that the blogging community is still trustworthy enough to pull something like this off.  You might get some cards for your collection.  You might get ideas and starter stacks for new sets to tackle.  You might get rid of some cards that are cool, but you don't have a trade partner for.  I shouldn't have said that because I now feel the original mailer will end up with about 1000 Miami Marlins cards.  But hey it could still be fun.

Let me know your thoughts because I think could be a lot of fun.

I love this idea. I would gladly take part if I wasn’t in Japan!

There's been a thing or two like this in the blogs here and there. Usually it hits a snag somewhere. But I think if you start small with willing participants, it has better odds of making its way around than sending to someone who doesn't expect it. If you snag enough others I'll throw my name in the ring here.

I might be willing to participate. I once thought of a similar idea myself, but it was more along the lines of a Christmas fruitcake that everyone keeps re-gifting. I never did anything with the idea, so it'll be interesting to see the idea in practice.

That sounds like a fun thing to do. About how much would the postage be? If it’s not too much I’d be willing to participate in it. A great way to get rid of my Yankee$ and Padres cards lol.

I think I would go for this, just as a fun experiment! My biggest worry would be that the cards I put in would not be well loved by future participants. I'd hate to be the reason somebody got a bad taste in their mouths.

I joined the traveling box participant list a few years ago shortly before it went "missing". I enjoyed seeing what cards were available the one or two times it reached me and might be interested again.

Do you think it would actually work? Totally

Do you think it would be a fun experiment? Yup

Is six the best number in your opinion? Sure

Would you want to participate? Not right now. Trying to just catch my breath.

How much money would it take for you go out in public wearing the question mark suit and bow tie combo? Depends on where and how long. I'd wear it for one period at work for $100. It'd give that one class something to talk about for at least a day or two. But if it involved wearing it around my neighborhood... it'd set you back way more than that even if it was for 5 minutes.

I wouldn't be able to participate, but do think that it would be fun, and very doable, for those that could.

I'd be happy to participate. Thanks!