After two weeks worth of my own group break, is there a better way to get back to normal functioning than showing off my results from someone else's group break?  Well sure there probably is, but I like this.  Jon from Community Gum ran an all Fleer community break a few weeks back and I of course grabbed my Rox.  I didn't get any huge scores from this break (well except for a trade with Jon), but I did get a bunch of great cards from a time I did not collect.  After seeing all of the great products available, I am glad I missed the late 90s/early 2000s because I would have gone broke buying many of these sets...for the most part they look great.  Let's check them out.

First off I have to say I love the back of this card much more than the front.  The hypnotic background really makes the card.  The front is kind of cool also, but looks about the same as a lot of other sets.   I picked up the Ben Petrick IPO which was a mystery card covered in some weird foil out of one of the packs.  After removing all the gunk, it revealed this short print rookie card #'d to 999.  A nice idea for a rookie subset.

This was my best box in terms of numbers in the break.  I got nice chunk (12) out the team set.  The front is an homage to 1981 Fleer and the back pays tribute to 1987 Fleer, both with small alterations.  The bar graphs on the back don't really do anything for me, but they are different so no complaints.  The Todd Helton All Star is a short print and I picked up the rookies card because the Marlins went unpurchased in the break.  I know that Craig House didn't do much in the majors, I wonder how that kid on the Marlins did.

Here is the offering from Authentix, a ticket-based idea for a set.  I don't really like this set that much, it's just too blah.  The front is okay and the ticket numbers indicate uniform number, card number, and home runs (I believe).  The back is just way too bland.  A nice idea, but poor design.

Here is the Fleer Avant offering, another box in which I did pretty good.  I got the entire team set (3) along with the black and white parallel of Larry Walker #'d to 199.  This is the type of set that makes me hope that Fleer could make a comeback (and not the 2006-07 Upper Deck Fleer, real Fleer).  The front uses "space age" technology that looks really good.  The back suffers from an identity crisis, not knowing if it is a horizontal or vertical design.  The congratulations on the bottom of the simple base card is kind of weird also.  Basically it says good job for having the ability to open the pack you just purchased.  I still think this is the best design of all of these sets.

Here we have a set where the back clearly outshines the front.  The front isn't horrible with the crossed bats and framed design, but the back is just sweet looking.  No wasted space, the font on the player name, the diamond behind the vital stats, and all the split stats.  I don't even mind that there is not a picture on the back (actually I prefer card backs without a picture).  Good looking set all around.

This is one of the more boring sets I have seen.  There is a bit of info on the front, but it still seems like there is WAY too much blank space.  The backs are a little more interesting, featuring a box score from a particularly good game for a player that season.  All in all a rather forgettable set though. 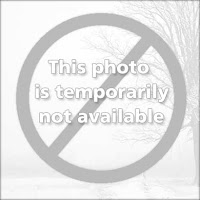 Well, I got shutout on the last box.  It happens and I will have to track down a Rockie from this set to eventually show off here.

The side trade loot

This is a side trade put together by Jon and myself during the break.  I sent him around 40 cards of his players (mostly Tony Gwynn) for this gimmicky beauty of Carlos Gonzalez from 2011 Topps.  This is one of the Sparkle variations (right below the R on the uniform).  Honestly I don't care for the gimmicky crap that Topps puts out most of the time and this is no exception.  However, I am a complete team collector and luckily Colorado is ignored by Topps most of the time.  I couldn't imagine trying to get all the Yankees from these gimmicks.

I didn't do as great as most participants on this break, (just about everyone got at least one hit).  But I still got a couple of #'d cards and filled some of the team sets that I hadn't even begun to start.  Overall it was a very fun break and I will be happy to join another from Jon.
Posted by hiflew at 6:37 PM