A Complete Surprise from eBay

I wasn't planning on posting today since I am working on tomorrow's start to The Best Donruss Set Countdown, but I got a very strange package from eBay.  Let me start with the details of the purchase.  bought 2 serial numbered rookie cards from the 2004 Upper Deck Play Ball set for 75 cents shipped.  For this purchase, I fully expected to find the two cards in a PWE in a single or maybe two penny sleeves.  In other words, you get what you pay for in shipping.  What I actually got for that 75 cents amazed me.


First the cards arrived via UPS Ground in a bubble mailer.  Second, they were in sleeves, but not penny sleeves.  They were in those cool Ultra Pro sleeves with the black rubberized back.

So far here is what I got.

A couple of nice cards worth right around the 75 cents that I spent.  But that was not all that was included in the package.  I also got two unopened packs and one was just fantastic. 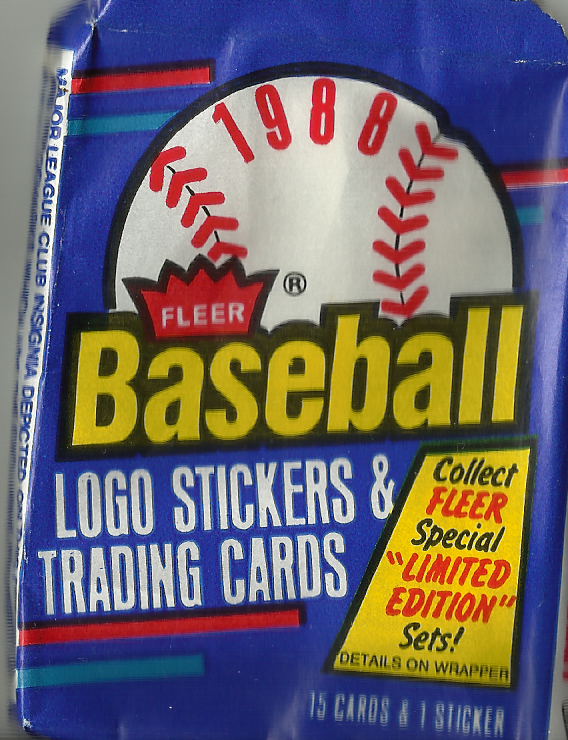 Take a guess which one was fantastic.  You are probably wrong, because the 1988 Fleer was miles better than the 2013 Series 2 pack.

Don't get me wrong, the 2013 pack was okay.  I got 4 needed cards including the David Freese above, which is always nice.

But the 1988 Fleer pack just blew it out of the water.  I got the two above cards in the pack.  The Gregg Jefferies card I will always be a fan of, because in 1988 he WAS Bryce Harper, Yasiel Puig, and Mike Trout all rolled into one.  At least in the card market he was.  This particular card was at one time going for around $5 each.  Remember that when you overpay for the next big thing.  And of course we all know what kind of monster Bo Jackson was in 1988.  BO KNOWS VALUE.  If that was all that was in the pack, then it was still a good day, but the following card made it wonderful.

So it actually a pretty cool error card, but more importantly it is one of 3 error cards that I needed for my master 1988 Fleer set.  I could have bought this card several times on eBay for a couple of bucks, but I am glad I did not, because otherwise I wouldn't have got this cool story about it.  You just gotta love generous sellers.

Wow! What a nice surprise!

Wow cool bonus stuff plus it was related to what you bought. I recently blogged about a Nick Johnson card (2010 Topps Factory Red border) and the seller included 7 1993 Topps FOOTBALL cards. Fortunately I also collect football, but I'm not building the 1993 Topps Football set 1993 Baseball yes, football no.

Hey I guessed right on which pack was the cooler one. Wow cool bonus of getting the error card. Topps has done that sort of thing (using picture of a teammate) some years but I think most of them went uncorrected.