Here we go with the final group of 2012 Quarry Cards.  For those of you that may have missed a day or two, here are the links for the rest. 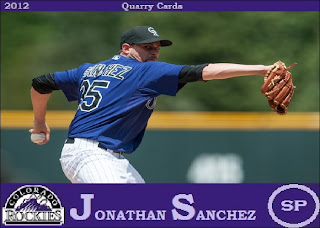 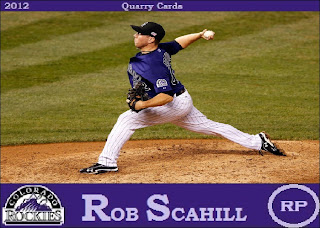 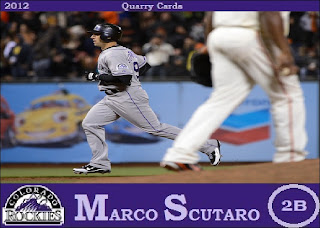 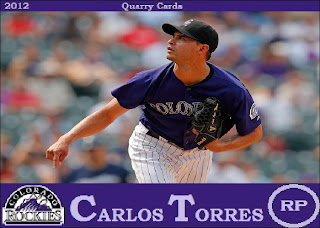 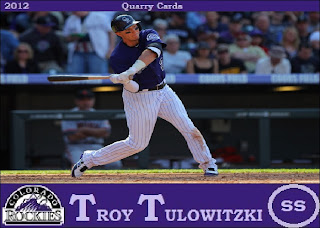 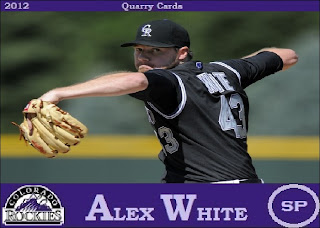 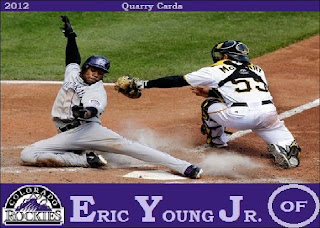 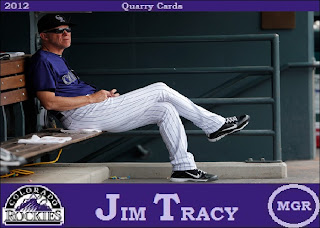 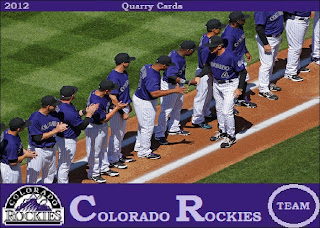 
Another group and yet more disappointments.  We start with the "franchise" player Troy Tulowitzki who had just an awful year especially on defense.  He only played in 47 games, but had 8 errors which equates to about 30 over a full season.  I hope he gets back to normal very soon because he is entering the payroll eating years of his contract.  If not, the Rockies might have a rough few years ahead.  Marco Scutaro was horribly average (or below) as a Rockie.  Compounding the fiasco for Colorado was Scutaro becoming Tony Gwynn upon arrival in San Francisco.  Much like the other two big pitching prospects, Drew Pomeranz and Christian Friedrich, Alex White also experienced growing pains.  He flashed potential, but for the most part was not very good.  The one bright spot of this group was the under the radar season of Eric Young Jr.  He was injured during the year as well, but he was very good when he was playing.

The pictures here are mostly average, with the exception of a great play at the plate card for Eric Young.  Did any of you expect a bad picture for EYJ though?  The Marco Scutaro is a happy accident.  I made that card of him in San Francisco's stadium back in May before the trade.  I just liked the Chevron cars in the background.  The Jim Tracy shows him in his usual state of bliss in the dugout.  I hope the next manager actually shows a little bit of fire in his belly because this team needed it badly.


I hope you guys liked this set...it only took seven months to finish hehe.  I am not going to be turning these into actual cards due to photo copyrights and other legal problems.  However, I sized them pixel-wise perfectly for standard cards so if anyone wants a copy for themselves I say go for it.

Thanx for reading.
Posted by hiflew at 10:28 PM