Last week I started this feature with a repack which showcased  a variety of sets and designs.  This week I am going modern with the newest release upon the masses, 2013 Topps Update.  The 2013 set has me very confused.  It is one of my favorite Topps sets of the 2000s, but it is also the flagship set I have purchased the least amount of since I got back into collecting.  It has one of the best designs of the 21st century, but it also has some of the worst photos as well.  My use of the term worst will not appeal to some because for some people they are great photos.  For me, they are not very good at all and in some cases they are really bad.  I did get one example of that phenomenon in this package and you can judge whether I am fair or unfair in my assessment.  Just like last week's (and every week's) installment, I am going to begin with the bottom 5.  Let's get started.

#5) Postseason Heroes #PH-19 Jim Palmer
This is not an indictment of Jim Palmer in any way because I have nothing against him.  This is more of a shot at this particular insert set in general.  It has no meaning to me in any way and the use of retired players in all of these insert sets has become overused and tiresome to say the least.

#4) #US251 Aaron Harang
Let's now have an appearance from a player that could easily be the title character of the Walking Dead.  He really does look like a zombie.  If you don't believe me check out this card.  Harang spent about 5 days this season as a member of the Rockies purely on paper before being traded to Seattle, but that is not the reason for his inclusion.  The reason is he is now a member of the Mets, so this Update card needs updating already.

#3) #US89 Michael Pineda
Why is this man that has not made a single big league pitch in TWO! full seasons on a 2013 Update card.  What exactly are they updating here?  It is stupid that there are several dozen worthy players that could have been included in this set, but Topps chose to give Pineda a card in Update again.

#2) #US173 Reed Johnson
This is the card that I was referring to in my first paragraph.  I really do not like these multiple player cards being used as a solo base card.  Other offenders this year I have seen are Brandon Inge, Ryan Ludwick, and even the great Todd Helton in his probable final Topps card among many others.  I like the photo and I think this would make an excellent Braves team card should they ever bring those back.  However, a solo base card should focus on the individual.  This one is not AS bad because Johnson is the person in the middle, but there were other photos of just Johnson that could have been used here.

#1) #US254 Brian Wilson
How do you make the most despised (in my opinion) baseball player of the last few years even worse?  You move him from Hated Team #1 to Hated Team #2.  Normally moving him from my least favorite team to my second least favorite team would improve his standing, but no.  Simply because the Dodgers have regained their rightful place at #30 on my team hierarchy.

My only happy statement for this section is that I did not get any of the 745 Yasiel Puig Update card variations in this pack.  Okay enough of these guys, let's get to the good stuff.

#10) Making Their Mark #MM-33 Starling Marte
This is the only insert out of 4 that I received in this pack that features a current player.  Just for that this card deserves a spot in the top 10.  But irregardless of that, this is a good card.  I like the MTM "crest" along with the basic, yet somehow complex, design.  Marte is also a good young, although he is probably one of the worst baserunners in the league among speedsters.

#9) 1971 Topps Minis #TM-27 Stan Musial
Now I railed a little earlier about the many retired players being included in the insert sets.  I am going to keep that stance, but this is a great photo of one of the greatest players of all time.  If it had been included in a set like Archives then it would be much higher on this list though.  As far as the 71's go my question is, what happened to the 1972 minis?

#8) #US278 Jose Alvarez emerald parallel
In 1989, a guy like Alvarez with a fairly boring photo and not much of a chance to be in the majors for much longer would have been quickly put into a box or a page and forgotten about by me.  After all according to the back of this card Alvarez is only 511 wins away from tying Cy Young's record of 511 wins.  Of course this is 2013 and this card now stands out because it has been Bedazzled by Topps.  If you don't think the Bedazzler and baseball have anything in common then you obviously haven't seen this advertisement yet. 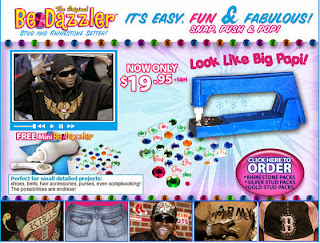 #7) #US230 Scott Kazmir
One of my favorite stories of the 2013 baseball season has been the complete resurrection of the career of Scott Kazmir.  This guy looked like a great player 6-7 years ago in Tampa, but the wheel just kind of fell off in 2009 and then came a couple of bad years with the Angels.  In 2012, Kazmir was plying his trade with the independent Sugar Land Skeeters, which also famously served as Roger Clemens comeback team in 2012.  Kazmir came back strongly with Cleveland this year and if he is not the AL Comeback Player of the Year then they should just stop giving that award out.

#6) #US219 Pedro Alvarez
Normally I am not a fan of cards which do not feature either a baseball cap or a batting helmet.  I don't care to see a player's expensive hair cut on a card.  However like the Musial card above, there are room for exceptions in my worldview.  There is one reason I love this card and that is the appearance of the gold baseball which only comes out of hiding for each player's last out of the HR Derby.  I'm sure it has been shown on a card before, but I don't remember seeing it.

#5) #US91 Prince Fielder gold parallel #0310/2013
I mentioned above that Puig has many variations in this set.  Not to be outdone, Prince Fielder appeared three times in this particular pack for me.  First with this gold parallel (which I still love), then with the base version of this card, then with his base All Star card.  Normally that would bother me and I would go a rant about the 100 middle relievers that didn't get a card this year, but I actually like this card.  The thing I love about this card is the "Fruit Stripe" batting glove that Fielder is sporting.  I would pay many dollars to get a relic card featuring that glove.

#4) #US189 Kyle Lohse
The idea of the throwback jersey for me is a double-edged sword.  Part of me is really cynical in knowing that the only reason we keep seeing these jerseys pop up every year is so teams can sell them and continue making obscene amounts of money off the backs of fans.  The other part of me just wants to be happy that I am seeing one of the best uniforms of all time on this card.  The Brewers "baseball glove" logo is the best of all time and this Harvey's Wallbangers era uniform is right up near the top as well.

#3) #US22 Carlos Beltran
This card is included on this list for one reason alone and that is the fantastic photo.  I believe every color ever thought of, with the exception of yellow, is included in this picture.  Not only that, but it is also an underused angle as well.  This is just a great card.

#2) #US247 Casper Wells
I mentioned earlier during my assessment of Aaron Harang that I am not a fan of an Update card that still needs updating.  This Casper Wells card is another example of a card that needs updating because he ended the year as a member of the Phillies.  Much like my other exceptions, the photo on this card was just too awesome to ignore.  The concentration on his face, the appearance of a towel bar, and the low camera angle are good, but what makes this card great is the faces behind the cage.  They look a little spooky and this is the perfect time of the year for that.

#1) #US206 Reid Brignac Wal Mart blue parallel
This is my only Rockie so naturally it is number one, but it is also my first ever card of Reid Brignac as a Rockie.  He nearly fell into the category of a Update card needing an update, but after he was traded to the Yankees in May he was released a couple of months later and rejoined the Rockies AAA club.  Therefore, he is still a Rockie and now he is forever a Rockie in my binder.  He is one of 4 Rockies (Oswalt, Ottavino, and LeMahieu are the others) that got their first ever Colorado card in this set.  That brings the current total to 332 different Rockies appearing on a solo Rockies card.  By the end of this week, I will have 329 of them.


I was surprised that I only pulled 1 Rockies card because the Rockies do have a heavy presence in this set.  I am thrilled with pulling the Brignac because it is the first ever retail parallel I have pack pulled for my team.  That is so much more satisfying than just buying it.  I am probably going to go with something less modern next week, but I do have to say I enjoyed this pack more than I expected to.
Posted by hiflew at 4:27 PM

I'm glad Kazmir finally got a card in 2013. I agree that he should be the AL Comeback Player of the year.

Nice Summary - Top10/Bot5 is a great feature. Congrats on the pack pulled retail parallel. agreed - so much more satisfying then buying it.